We've updated the DroneMapper imagery processing suite with the following fixes and new features for 2013:

Please see below for more details on certain features and changes.

The example above shows the original Digital Elevation Model product on the left and new DEM product on the right. The result is clipped to the Area of Interest (AOI) and the nodata values are set to allow transparency.

We've made significant improvements with our Orthomosaic color balancing and blending routines. Additionally, we've added an alpha channel to the product for transparency and better support in GIS software packages.

The example above shows the original DSM product on the left. Using an automatically generated mask or customer provided shapefile the AOI is clipped and a new DSM is generated. Nodata values have been assigned to 0 to allow for background transparency display inside GIS software packages.

Recently we used the open-source Virtual Terrain Project (VTP) which easily constructs any part of the real world in interactive 3D digital form. Ben Discoe and the VTP team have put together a very useful software package and a site packed with great information. 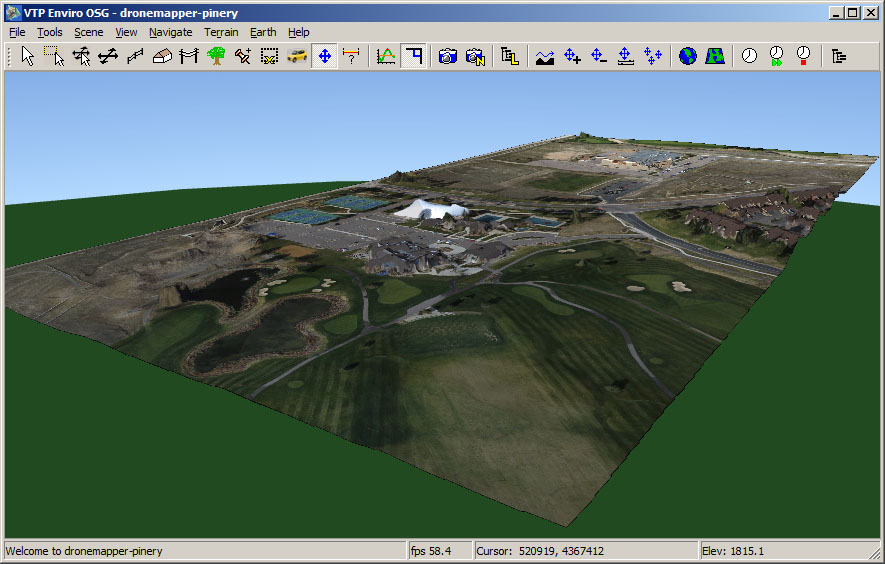 The example screenshot above provided by Ben Discoe shows a portion of the Pinery data set modeled with VTP.

Back in May we processed an interesting data set from Easter Island, Chile at 30 cm / px GSD. Kim Anh Hoang from the Easter Island Statue Project used the 30 cm Orthomosaic and DEM to produce a 3D Flyby of Rano Raraku and an EISP excavation site. We've now re-processed the data at the highest resolution possible, 15 cm / px GSD. The original imagery was obtained using an autonomous UAV flying at an elevation (AGL) of ~330 meters with a consumer level Ricoh GR Digital III camera. The GR Digital III is not GPS enabled, so geo-tagging was accomplished locally using the UAV flight controller logs. In total, 140 NADIR images were shot at 10 mega pixel covering an area of 3.7 km^2.

"Rano Raraku is a volcanic crater formed of consolidated volcanic ash, or tuff, and located on the lower slopes of Terevaka in the Rapa Nui National Park on Easter Island. It was a quarry for about 500 years until the early eighteenth century, and supplied the stone from which about 95% of the island's known monolithic sculptures (moai) were carved. Rano Raraku is a visual record of moai design vocabulary and technological innovation, where 397 moai remain. Rano Raraku is in the World Heritage Site of Rapa Nui National Park and gives its name to one of the seven sections of the park." Rano Raraku – Wikipedia 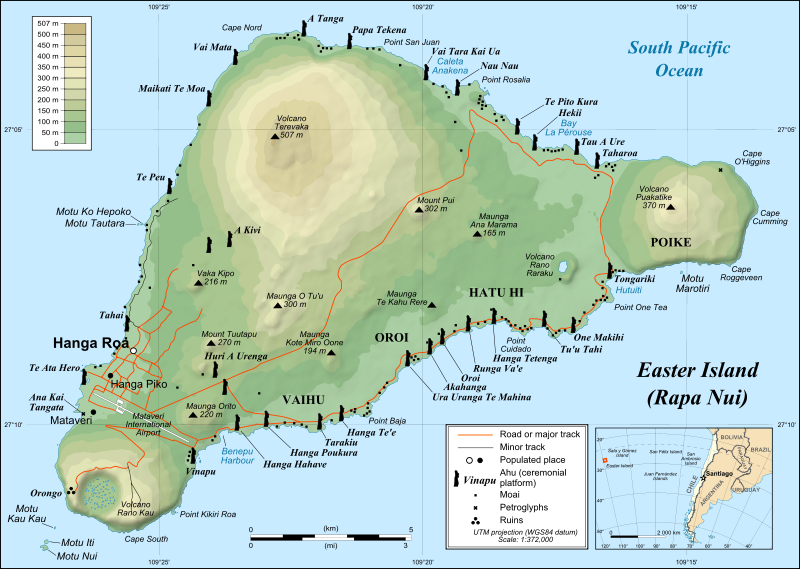 A map of Easter Island/Rapa Nui, showing the three main volcanoes Terevaka, Poike, Rano Kau, as well as Anakena beach, the islets including Motu Nui. Modern Hanga Roa and Mataveri International Airport, the ruins at Orongo and the quarry at Rano Raraku. It marks major ahus with moai.

Above we've displayed a small subset of 8 images from the original 140. We recommend obtaining more overlap and imagery for an area of interest (AOI) this size. 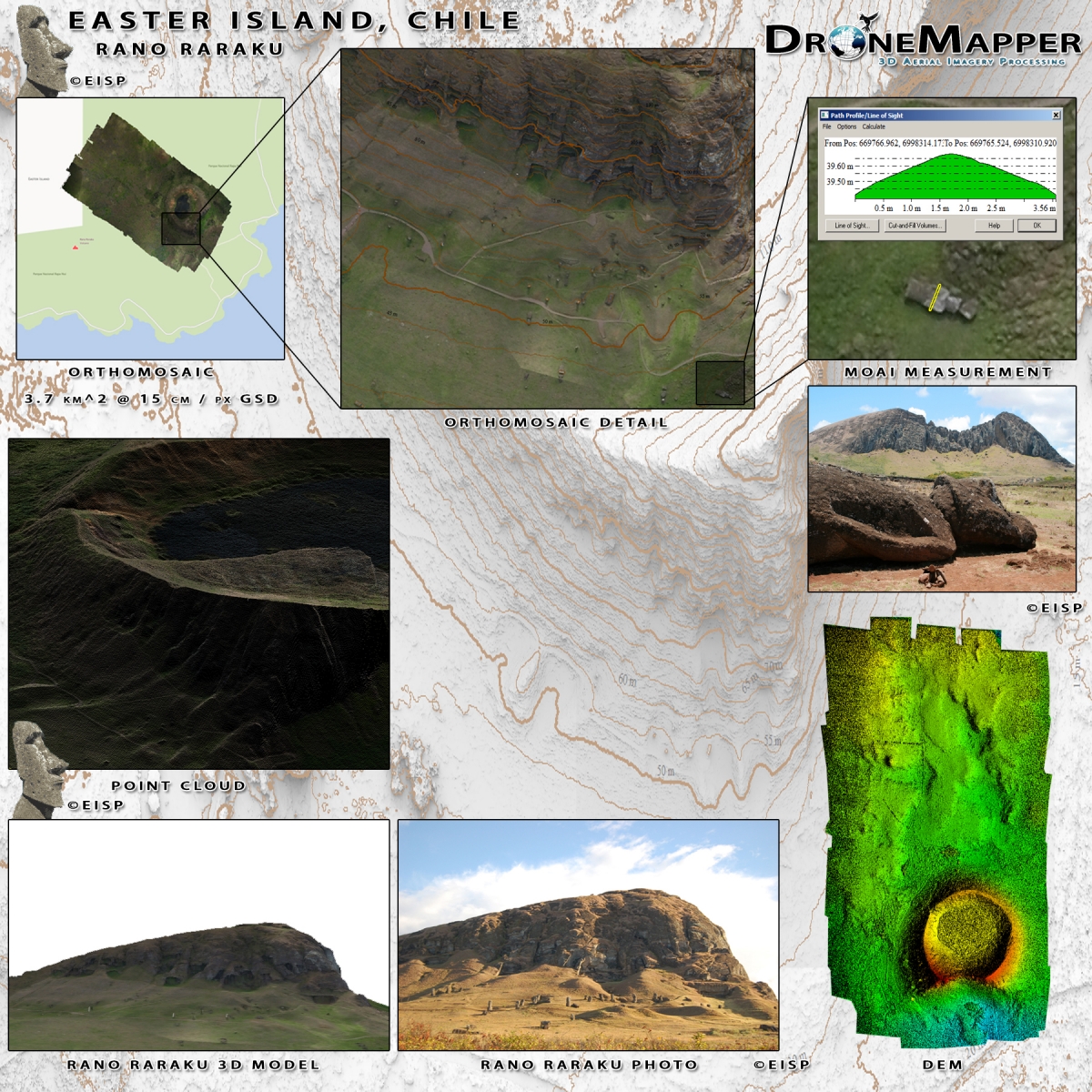 Contact Us for the full geo-referenced downloadable data set.

In a collaboration between DroneMapper, Falcon UAV, CompassData, Inc. and The Pinery Country Club we collectively demonstrated accurate geo-spatial mapping (in 3 dimensions) of a reasonably large area using affordable technology – UAV, consumer camera and ground control. First, a little bit about our partners: 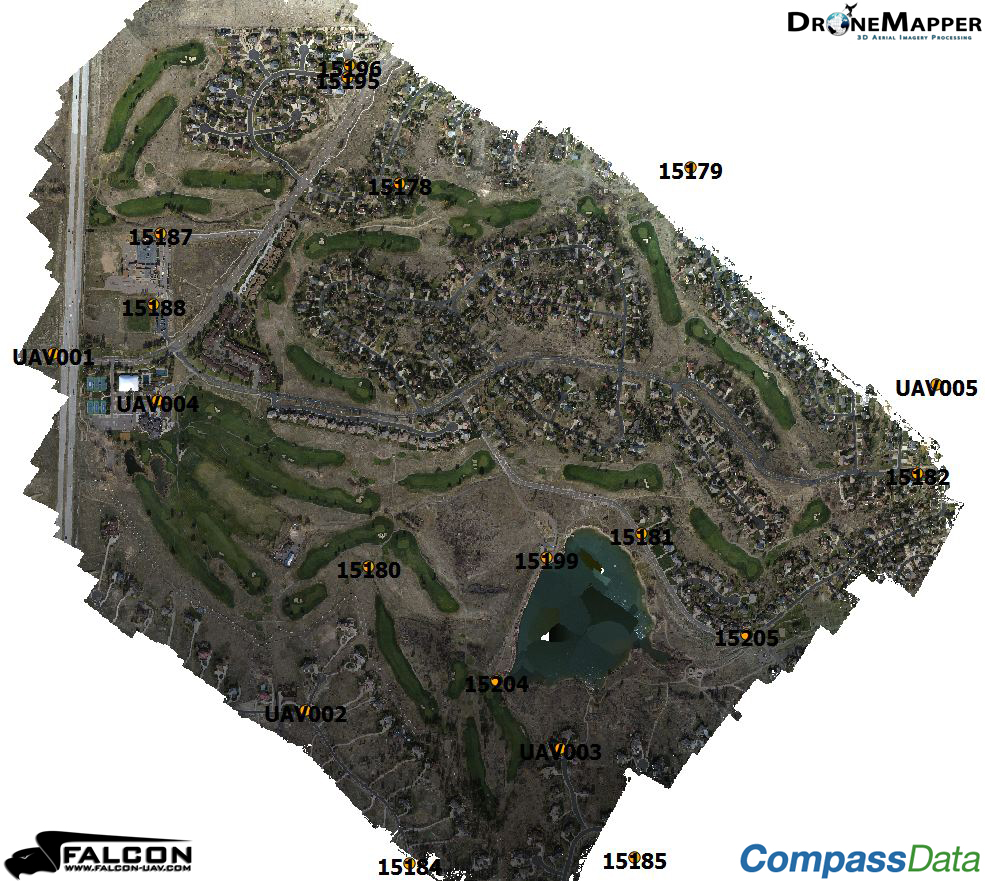 This ortho shows the Pinery CC area of interest and the ground control that was mapped by Falcon in a 1 hour flyover. The area covered was approximately 3.4 Km^2 @ 13 cm GSD. 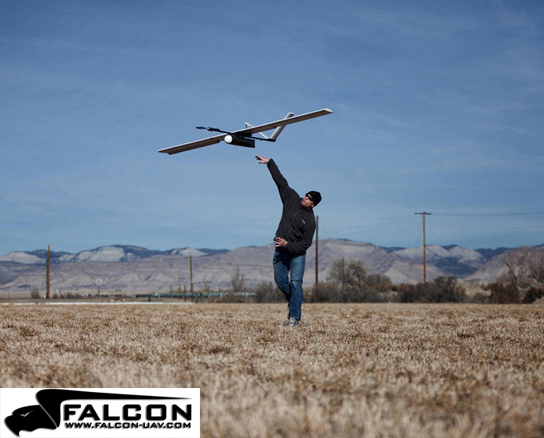 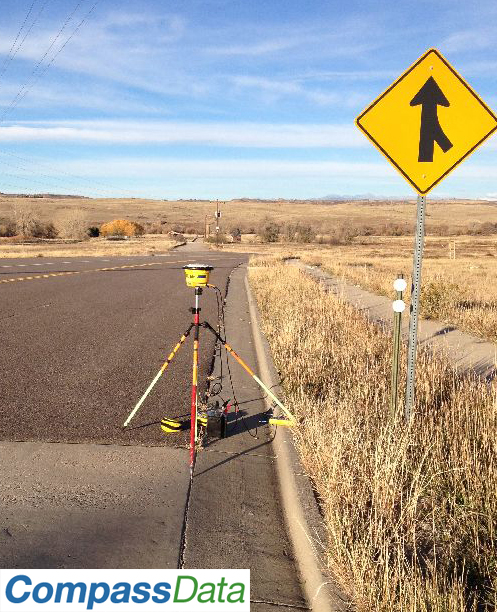 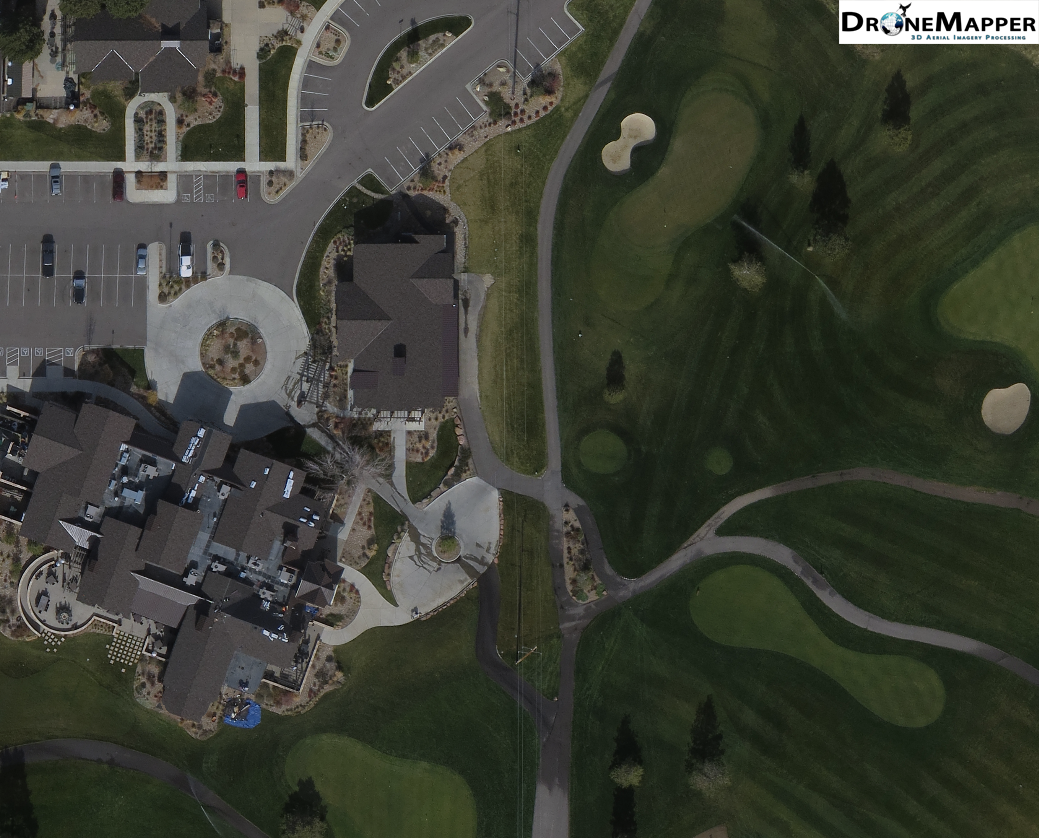 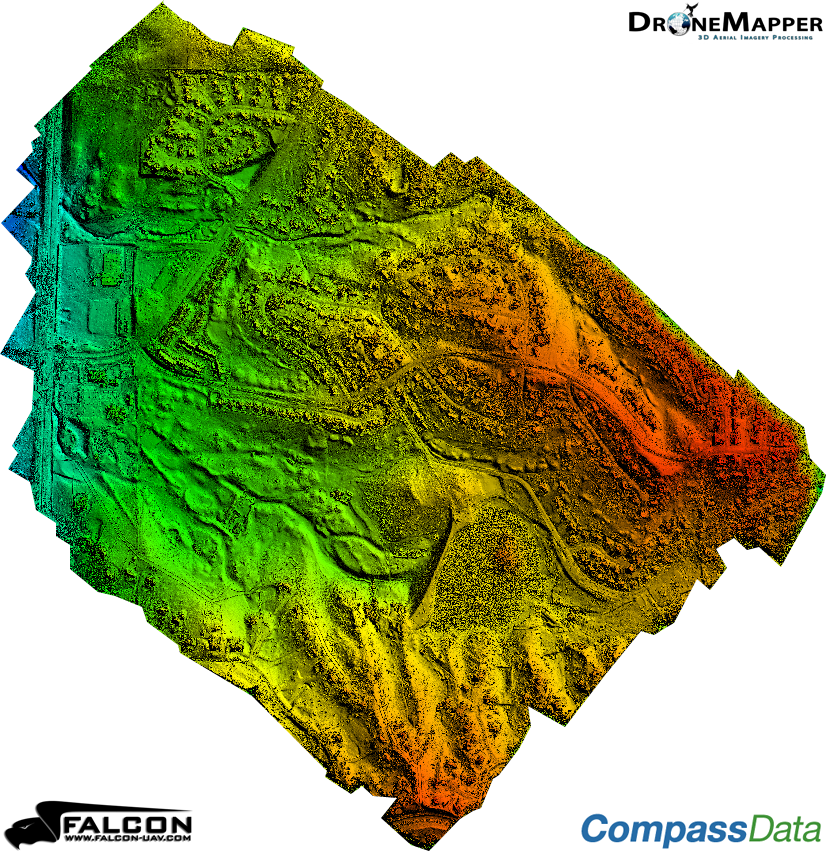 3 digital elevation models (example shown above) were constructed using 1) only camera GPS tags, 2) only Falcon flight log GPS tags and 3) 6 ground control points. For cases 1) and 2) all 15 GCPs were used for accuracy evaluation. In case 3) 9 GCPs were used for QA evaluation. The table below shows the Root Mean Square Error in meters and the Circular Error at a probability of 90% for each of the 3 cases.

Values below represent absolute accuracy for this data set.

Contact us for the full accuracy reports from CompassData, Inc.

On October 26th, 2012 DroneMapper will cease the free trial period (< 25 images), offered for the last 6 months. Beta testing has been completed and orthomosaic/DEM processing capabilities demonstrated. Our imagery processing service will charge to the following schedule:

Prices are USD, payment is possible via invoice, paypal, or credit card via paypal.

The schedule rates assume 10-12 Megapixel imagery formats with ground sample distance of 5-10 cm. If you have imagery you would like to have processed at larger formats and/or better resolution please contact us. Thank you!

We are very pleased to announce that we have teamed with Ulf Bogdawa and Carlos Hennig of Skydrones in Brazil. Skydrones provides full service UAV design, development, manufacturing and operations training to the Brazilian commercial and civil markets. With this partnership, Skydrones will be the exclusive source of our image processing in Brazil. 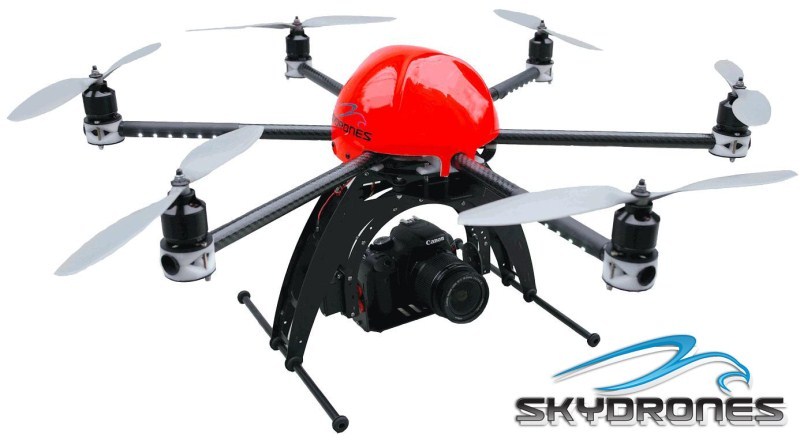