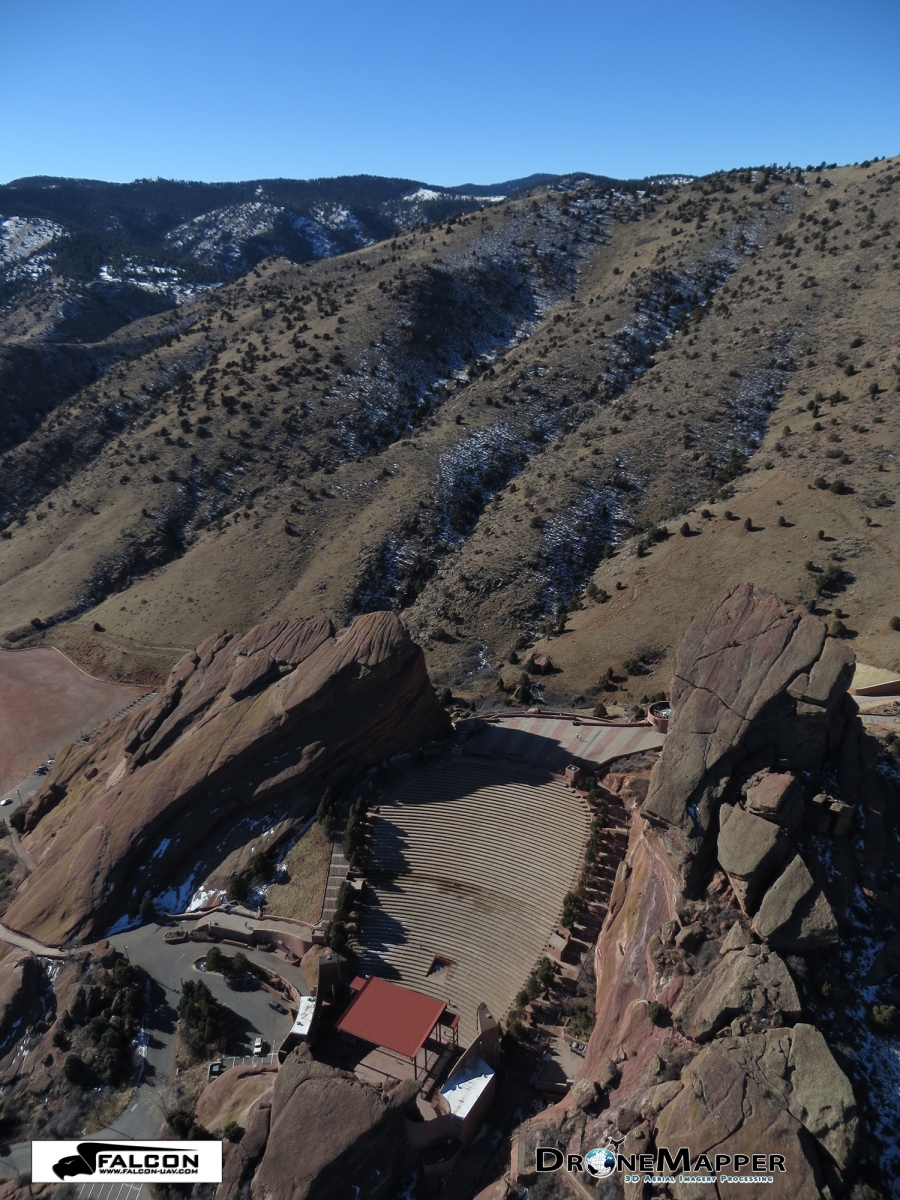 Amazing day in Colorado for a photogrammetry mission with Falcon UAV over Red Rocks Amphitheater, Colorado. At 6,450 feet above sea level, Red Rocks Park is a unique transitional zone where the Great Plains meet the Rocky Mountains. Red Rocks Amphitheatre is a geological phenomenon – the only naturally-occurring, acoustically perfect amphitheatre in the world. Some of the rock formations in Red Rocks slope as much as 90 degrees, while others tilt backwards. The southern monolith, that bears resemblance to a ship, is named "Ship Rock." On the opposite side of the Amphitheatre stands "Creation Rock." Both of the monoliths are taller than Niagara Falls, and the Red Rocks Amphitheatre was once listed as among the Seven Wonders of the World.

Falcon flew late morning of January 18, 2013 and collected more than 600 photos in a little over 30 minutes. We shot a combination of nadir looking and oblique photos. One of the obliques, shown above looking to the west – southwest, gives the viewer a feel of the scale of the two monoliths that frame the amphitheatre. The nadir images were processed at a resolution of 6.6 cm and the resultant geo-referenced orthomosaic, digital elevation model and 3-D model are also shown below. If you are interested in learning more on how to precisely map difficult terrain please do not hesitate to contact either falcon-uav.com or dronemapper.com.