Great post from Stephen and Piero over at the OpenDroneMap project! We at DroneMapper are working closely with ODM and the rest of the open source community to empower you to build your own SaaS service, processing pipeline or simply contribute back to various development projects! We've built our commercial software chain around MicMac as others like PIX4D and Agisoft have. It is now time to start contributing back these improvements and continue building great products. We'll do our best to support ODM and NodeMICMAC while enhancing functionality, continuing integration and adding features. 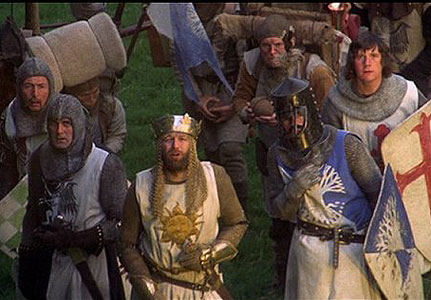 OpenDroneMap has an origins story rooted in a joke:

While the last decade has been dominated by the growing hegemony of the global base map, mapping will swing now for a while towards the principle of mapping the world, one organic pixel at a time. 2014 is the beginning of artisanal satellite mapping, where we discover the value in 1-inch pixels from personally and professionally flown unmanned aerial systems (drones). There is, as all things military-industrial, the dark side of drones. But as with all of these technologies, we will be discovering the great democratizing power of the artisanal, as applied to ‘satellite’ views.

So many FOSS options… .

There are plenty of communities, spaces, and markets for Free and Open Source (FOSS) projects: in the web map rendering world we have MapServer and a dozen upstarts. In the map javascript world OpenLayers, Leaflet, and the GL ilk and more. At the lower level, we have JTS Topology Suite, GEOS, and all their derivatives.

The reality when I started the project was there was an existing project that was FOSS and was photogrammetry for drones and other small cameras: MICMAC. It’s exquisite: great quality, fully FOSS being a CeCILL-B (I like to think of it as a French version of the GPL (edit — it’s the French version of the lesser GPL), but IANAFL [I am not a French Lawyer] and not completely sure that’s correct), and at the time, difficult to use for non-French speakers.

MICMAC has evolved a lot since then, with better docs and community posts in both French and English, however usage of it can still be a challenge. Free and Open Source is hard. It can be hard for users, it can be hard for maintainers. So, it is such a relief when FOSS becomes ever so much easier.

So, it is with some excitement that I turn your attention to NodeMICMAC. NodeMICMAC is a fork of NodeODM, and thus provides web API access to MICMAC, in the same way that NodeODM does for OpenDroneMap’s command line ODM application.

NodeMICMAC makes using MICMAC really easy, and should slot into the OpenDroneMap ecosystem pretty seamlessly, thanks to JP and the folks at DroneMapper.

When we spoke with JP, I was curious about his motives: this is such a cool move that changes the industry. Why? The answer: for the same reasons that we work on OpenDroneMap, to grow this really cool open photogrammetric ecosystem.

But, you may ask, how does it stack up? Frighteningly well. If you have been paying attention to the improvements in OpenDroneMap the last couple of years, you may have noted orders of magnitude improvements in every step in processing. Even with these, MICMAC shows us how a mature photogrammetry project should display its wares.

ODM vs. MICMAC’s point cloud over a drainage:

Orthophoto over a duplex house:

MICMAC is, as it’s reputation indicates, a bit of a grail. It gives us some very nice results, and now simply at the expense of spinning up a docker instance. Watch this space the next few weeks — Masserano Labs will be working with DroneMapper on integrating it into WebODM and quickly graduating it to a first class citizen of the OpenDroneMap ecosystem.

So, will NodeMICMAC replace NodeODM and all the work in ODM? Not so fast! There’s still space for what we’ve built. Remember my intro above? Of course you do. With upcoming capacity to handle massive datasets, NodeODM, PyODM, ODM, and other projects will still get our love. But as they say, if you can’t beat them, have them join you. Right? I think that’s the phrase… . Perhaps MICMAC isn’t joining OpenDroneMap, but we will be happy to fork their code and contribute back where we can, and thanks to JP and DroneMapper for making this possible!