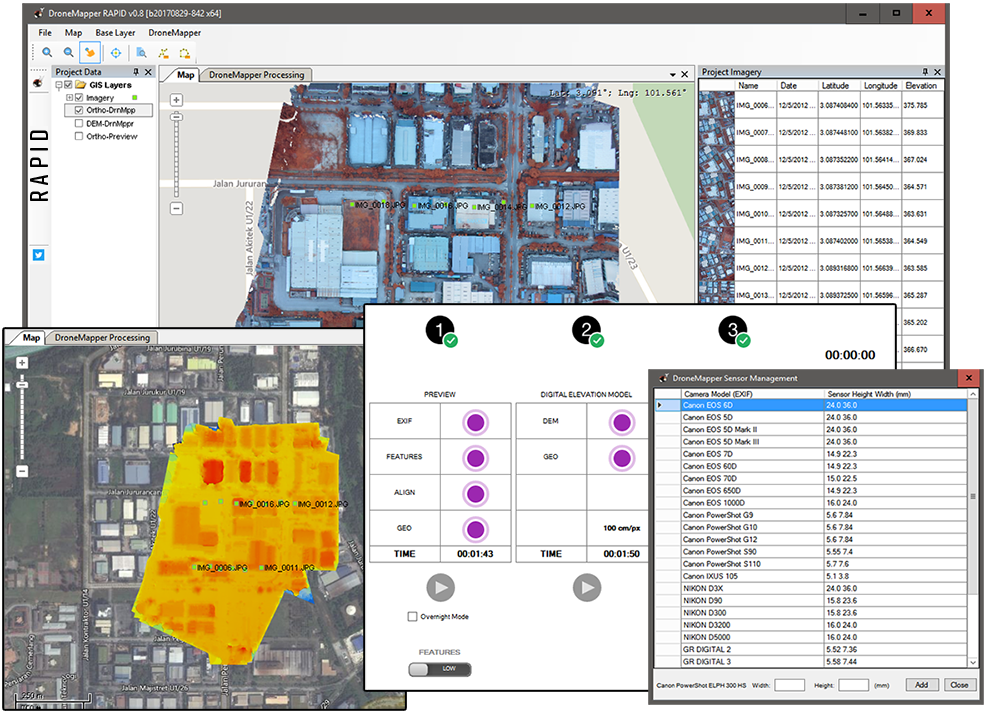 DroneMapper has just released a new version of RAPID, formerly known as RAPID for DJI. This free
photogrammetry application has been modified to work with any camera sensor or UAV platform — where before it only
processed imagery from DJI cameras. It still does, but this version can be used with any non-DJI sensor as
well, including large format compacts and DSLRs, multi-spectral-multiple aperture sensors and thermal
sensors. If the sensor to be processed is not in the existing RAPID camera catalog or automatically detected then the user merely
specifies the focal plane height and width in millimeters to utilize existing camera calibration algorithms.
Features include:

Thank you, The DroneMapper Team